Renditions of the Awakening went to PAX West this year! The game was played by ~300 people and I collected enough feedback to last me the next three years! Those who won will be receiving free copies of the game once we make it to Early Access next September 1st and should have already received a gmail from badcopworsecopstudios.

I updated the demo again recently, too. Here're the changes: 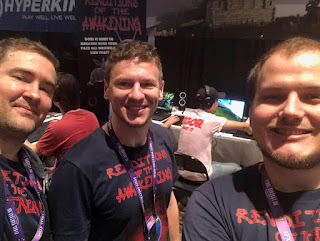